All the news on the Canberra Raiders NRL team, all in one place

It's a weird day here in Melbourne. While I can't wait to see that Raiders take it to the Storm tonight, it sucks thinking that if Covid hadn't impacted Vic as much as it has the game would be in Melbourne again and I'd be looking to knock off work at midday and head to the Richmond Club Hotel again to meet up with many of you. Instead we can't go more than 5k from home and can't even meet up with fellow fans to watch the game together. So it will just be my wife and I watching the game. Don't get me wrong I'm stoked we're pushing for the Grand Final again but it's hard to grasp the excitement of supporters and turn it from a game into a whole day all encompassing event (like last years prelim or the GF!)

Anyway, it got me wondering if there is such a thing as a Melbourne based Raiders Supporters group? I haven't seen anything on the forum about one. If there isn't are there people out there interested in starting one? This would largely revolve around getting together to watch games and going to games in Melbourne together. Maybe we could even convince a centralised pub to set space aside and show all the games for us. I have a mate who is part of a Perth Glory (A-league) supporters group in Melbourne and The Great Northern hotel has adopted them with enthusiasm.

But maybe there is already a group that I'm not aware of. If this is the case let me know.

GO RAIDERS! It's been a **** of a year. Twice as turdy for those of us in Melbourne who haven't seen anyone in person or been able to leave home for most of it. We could REALLY use a Raiders win tonight. Though it will be very tough knowing there is absolutely no way of going to the GF... but let's focus on tonight's game first.
Top

There were some people advertising meet ups for the finals campaign in Melbourne last year. We'll support you if you'd like to start one, via our platforms, once you can start meeting again.

Thanks greeneyed. I'm keen to start one next season is nothing exists. Organising things through thegh would be ideal. Are there organised supporter groups anywhere else outside of Canberra?
Top

From our perspective, we organise our own events for big games, pre game meet ups. Have done some in Melbourne, Brisbane and the Gold Coast, where it’s easy to pick a pub close to the ground. Richmond Club Hotel in Melbourne and The Lord Alfred in Brisbane have been great to us.

I suspect the issue for getting together to watch games on TV in the bigger cities is that people in those cities are very geographically spread out, and it’s pretty easy to find a close screen.

In Canberra, people seem to prefer to do their own thing before going to the big games... and there’s no pub that’s close to Canberra Stadium.

Yeah, I've been to many of those events at the RCH and they're amazing and I'm not proposing competing with them. Instead we would be the first ones through the door! Melbourne does have a unique sporting culture though and people love crowding into pubs to watch games. I know friends that are members of Melbourne based supporters clubs for Liverpool, Arsenal, Freo Dockers, Perth Glory and the Sydney Swans. The premier league ones get hundreds of people into pubs at all hours of the morning. The AFL and A-league ones are more comparable though. 12-15 Perth Glory fans gather at the The Great Northern for every game outside of Melbourne (which is most of them). I figure the Raiders would have many more fans here than they do. The location is a issue and you can't make it convenient for everyone. Again though, Melbourne is a lot more centralised than both Canberra or Sydney. Most people within 20k of the CBD could make it to an inner city pub via train or tram relatively easily.
Top 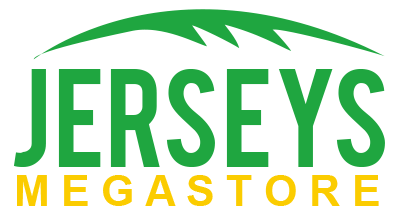